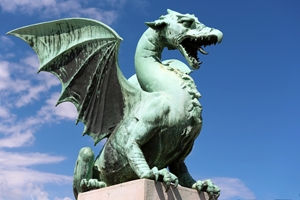 With what is probably the world's biggest television show returning to people's screens at the moment, we thought we'd have a look at the application of custom designed sheds in Game of Thrones. While a lot of buildings in the series seem to be made out of wood and stone rather than COLORBOND steel, we're sure the strength of our products would be on the wish list of more than a few characters!

Here are a few ways we think the people of Westeros would benefit if there was a Shed Boss around.

With no cars, buses and certainly no trains, the main method of travel in Game of Thrones seems to be by horse. But how well are they protected by the basic wooden stables, especially in the less affluent areas?

A custom designed barn from Shed Boss could be the solution to all of these problems. According to the Food and Agriculture Organisation of the United Nations, Australia had a total horse stock of 267,000 as of 2013 – probably a few more than Westeros! But whether it's medieval times or Mooloolaba, Shed Boss has the nous and equipment to build exactly what you need.

Spoilers ahead for season six! At the end of this season's premiere, Tyrion Lannister witnessed the burning of the fleet at his current home city of Meereen. While you're unlikely to have an entire flotilla handy, it's important to make sure your custom designed garage for your boat does protect against the elements.

Our steel is designed to withstand Australia's more extreme weather elements – certainly better protection against flame than the wooden moorings and coverings used by Game of Thrones characters.

Shelter from the sun

In Game of Thrones locales like Dorne, the sun seems to shine without end – which has us worried about people's skin! Here in Australia, the Cancer council notes that more than 434,000 people have their skin treated each year because of potential non-melanoma cancers. Protection from the sun is vital, no matter where you are.

If there was a Shed Boss franchise in Dorne, we'd definitely recommend putting up some customised awnings around their gardens, to create a place to get some respite from the southern summer sun.

Of course, back here in real life, it's a little easier. We have franchises all over the country, and you can even use the Shed Boss App to design your own shed – check it out to find out more!