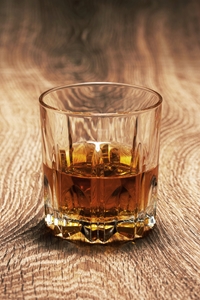 The man cave is a staple of many households. So much so, in fact, that we've spoke with franchisees who specifically noted the man cave as a common type of custom-designed shed they create. And why wouldn't you want one? The appeal of a private space that is all your own is hard to deny, especially when you can design your own shed and customise it as you see fit.

Not everyone is going to want a man cave – in fact, half of the population probably aren't too keen on them. But for those men who do want to design their man cave, we have a few ideas that might help you kit one out.

Where heroes fear to tread(mill)

While man caves tend to be a spot for leisure, they don't have to be this entirely. Many people might want to add in a few touches of a home gym to offset all that relaxation, and why not? Research from Suncorp Bank shows that we spent $8.5 billion every year on gym memberships and facilities, but lots of us don't actually budget for it.

Putting a bit of gym equipment in the man cave might spur you on to boost fitness from the comfort of your own custom-designed shed – and for much less money than heading to the gym!

Will you be doing a bit of fine dining as well?

Will you be using your man cave fridge solely for beer and wine, or will you be doing a bit of fine dining as well? Roy Morgan Research has discovered the Australians in regional areas are far more likely to buy and eat cheese than their city counterparts – maybe because people spend so much of their money on ever-increasing CBD rents?

Whatever the reason, making sure your man cave has the right refrigeration is a great way to make it a great space to relax. A smaller one perhaps just for beers, or you may want a fridge that is themed to your custom-designed shed's decor. You'll need the power connected as well – that's something that our team can handle from paperwork to power on!

Let it go to the dogs

What good is a man cave without man's best friend? According to the Australian Companion Animal Council, 53 per cent of Australian households have a least a dog or a cat. It might be worth making a little space for your furry friends in your custom-designed shed, whether it's a dog bed or a scratching pole.

Of course, this might mean a few extra considerations when it comes to cleaning up – don't forget about that!

Have the right entertainment setup

It's all well and good having a projector or a giant television set up, but have you got the right connections to make the most of it? For example, Roy Morgan has noted that 14.1 per cent of Australian men still regularly watch the English Premier League, while 14.7 per cent watch the A-League.

You need a broadcaster that is going to be showing your sports of choice, or at least have the right internet account (like Premier League Pass) and technology (cords to connect everything).

After all, it won't be much of a man cave if you can't play the game! Make sure you have everything you need before you invite everyone over.

The great thing about working with Shed Boss is that you can design your own shed with our app, and we'll get back to you with how it might work and what the costs could be. From there, we keep you in the loop on the process while handling the whole thing.

Get in touch to see what kind of man cave we can make for you!