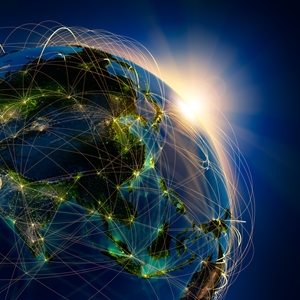 In this modern day and age where globalisation is becoming ever more apparent, it can often be difficult to purchase goods that were actually made in their country of origin. Many of our cars are built in Japan, cutlery forged in Britain and clothes sewn over in China. Part of the reason for this is that it is often so much cheaper to by goods online from overseas suppliers, who can slash prices due to fewer overheads and lenient tax laws. Additionally, brands from all around the world can now be found up and down the country in any shopping mall, lending a truly global nature to our supermarkets, shops and markets.

Aussies are far more likely to buy a product if it was manufactured and designed in the land Down Under.

Even so, that doesn't mean that Australian-made products are being squeezed out by imports. Quite the opposite, in fact – new findings uncovered by Roy Morgan Research have found that Aussies are far more likely to buy a product if it was manufactured and designed in the land Down Under. At Shed Boss, we've long championed the benefits of buying, manufacturing and building Aussie – and so have our customers. Additionally, each of our sheds are ShedSafe™, meaning that they adhere to stringent Australian standards. Let's take a look at just why Aussie consumers are so keen on purchasing from their own fair country.

The report states that in the 12 months that led up to September 2015, a whopping 89.2 per cent of Australians aged 14 and above stated that they were more likely to buy something made in this country. This is higher than it was in 2013, when the figure stood at a still impressive 85.6 per cent. What's more, it's not just the Australian-made label that is so enticing to Aussie consumers – it's the product itself. For example, clothes, electrical goods, food and wine are far more popular than similar goods made in a foreign nation. Why exactly is this?

"The love affair between Australians and Aussie-made products shows no sign of fading. In fact, it's the healthiest it's been for two years, with nine in every 10 Australians saying they're more likely to buy products made in Australia," said Michele Levine, CEO of Roy Morgan Research.

"The popularity of Chinese-made products has also slipped over the last 12 months, resulting in China dipping from tenth to eleventh place. This makes Japan the only Asian country of manufacture in the top 10, so it will be interesting to see whether this slump is temporary or indicative of a wider shift in Australians' shopping attitudes," she concluded.

At Shed Boss, each of our constructions are proudly Australian-made, built strong and built right. We make a point of using only local suppliers and materials, with durable, galvanised BlueScope™ steel our material of choice. When creating your custom-designed shed using the Shed Boss app, choose from over 22 COLORBOND® colours to give you a build that's completely unique to you – and the 15-year warranty included as standard should lend you even greater peace of mind when contemplating the quality of your investment.

At Shed Boss, each of our constructions our proudly Australian-made, built strong and built right.

It isn't simply due to pure patriotism that we choose to construct our sheds using only Australian steel. In November 2015, a new report by ABC found that there were a great raft of issues concerning imported steel, especially that shipped in from China. This is because it was discovered that some Chinese steels contained disproportionate levels of the chemical element boron – not harmful in itself, but when welded, can become brittle. Of course, this can compromise the structural integrity of anything that the steel is used to build with – just another reason why we stick to good Australian steel!

Be sure to contact the team at Shed Boss to find out more about our custom-designed sheds.