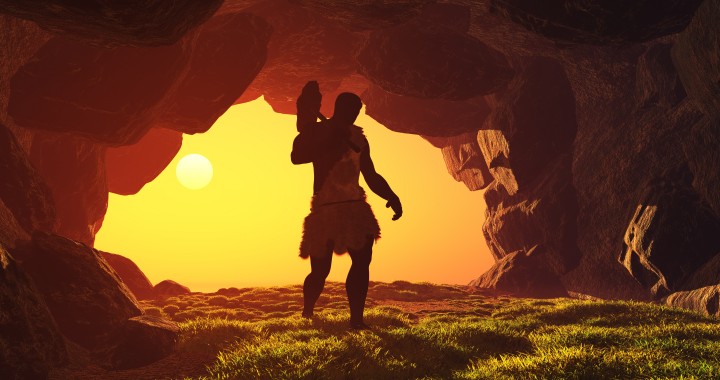 In Old English the words “shedde”, “shadde”, and “shad” meaning “separation” or “division” have been part of our language for centuries, but the shed’s history goes back a lot further than that. Sheds have been part of our society since pre-historic times and today they cast light on how we lived thousands of years ago.

Since the dawn of humankind, every culture has had its own way of sheltering from the elements. Early shelters were huts were made from wood with animal skins were draped over wooden frameworks. Eventually small abodes gave way to larger structures with separate rooms and when people began gathering more possessions, separate storage structures were built. The concept of the shed was born.

Even humans who lived in caves had something resembling storage spaces. They would use smaller caves or dig new alcoves within the caves to create space more storage. Ancient Egyptians dug underground bunkers, and lined them with reeds, for storing grain and other necessities. Early Europeans would often use mammoth bones and skin. Eskimos even build sheds in the same way they built their shelters – with ice and snow.

Archaeological studies of ancient societies’ sheds have produced some of the greatest insights into ancient modes of living. Storage sheds reveal a great deal about daily life in ancient times. They stored food, tools and items that were used day to day life. Sheds were used as workshops for making furniture, tools, clothing, shoes. Archeological studies of ancient storage sheds tell volumes about what the population ate, what animals they domesticated, what they hunted, how they farmed and the things they manufactured.

In southern Italy an ancient shed was discovered a collection of maple wood which indicated that it was part of a workshop that produced furniture for wealthy Romans. When mount Vesuvius erupted in AD79 it entombed the boat sheds of Herculaneum, where archaeologists found fishing nets, bronze hooks, sinkers and fish skeletons. Offering a fascinating look at another part of Roman civilization.

But the shed has always had more than just a practical use. It also symbolized status within the community. After all, not everyone had a swanky separate cave, hut or shelter just to keep their stuff. If you had a shed, chances are you were in the upper echelons of the tribe.

And this tradition continues until today. Where home owners build them to add value to their homes. Just like blokes build man caves to show off their toys, ancient people used storage rooms to indicate their place in society. It may sound strange, but having a place to store animals and tools separately from where you slept meant you were well off!

The shed has come a long way since it’s mammoth skin days. Today they are can include a number of creature comforts, including electricity, air conditioning and plumbing! At ShedBoss we’re building examples from steel and concrete with skylights, windows and motorized roller doors, that can stand up to the harsh Australian weather. Although today’s shed’s may be a far cry from those of a thousand years ago, they still fulfill our most primary need. People continue to stock them with all manner of things that add to their lifestyle and they continue to tell the story of the way we live.

What would your shed tell future generations about you?