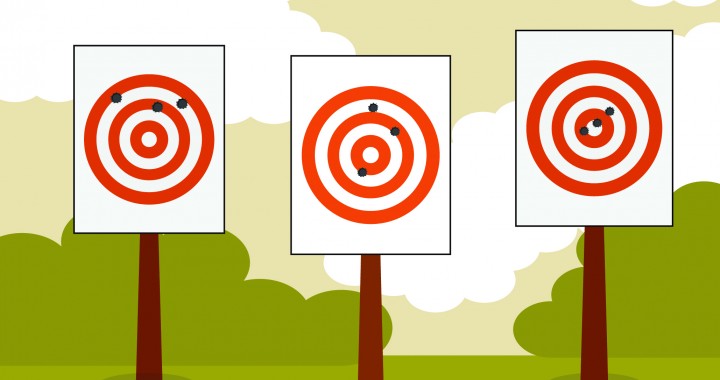 We never get tired of hearing the interesting and sometimes unexpected ways in which Shedboss sheds are making their way into Australian lives. Lately we’ve been speaking to some past customers to learn more about the story that lies behind the steel. Like Janet and Les from Gladstone, who came to Shedboss with an idea that would help them get more enjoyment from their sport.

The couple moved to Gladstone to retire to a coastal lifestyle. Les worked as a plant inspector during his career and not much gets past him. He is also very involved in shooting sports. If you watched the Rio Olympics you may have seen competitors testing their accuracy and skill shooting at targets. If so, then you know what this sport is all about.

Janet and Les now volunteer at Gladstone Shooting Club’s local range just outside of this Queensland town. It attracts hobby shooters and international competitors alike. Some of their members have gone on to represent Australia in New Zealand and in other parts of the world. This all keeps them very busy, as Janet describes.

“Les is a range officer,” she says. “He ensures the safety of everyone on the range, while I mow the lawns to keep the place looking nice.”

The range is more than 45 minutes from their home and driving back and forth wasn’t ideal so Les and Janet decided to buy a caravan to allow them to spend more time on site. To make it more comfortable, Les decided to build a shed overhead to give them shade and create a space to relax out of the heat of the Australian sun.

Being a former plant inspector, Les is a tough guy to please when it comes to structural integrity. Not to mention the fact that Gladstone falls within a cyclone region, which makes high strength construction an absolute must! After doing his homework, Les chose the team at ShedBoss Gladstone for the job.

Says Janet, “Les knew Shedboss was the right option because he’d previously chosen them to build us a carport at our home. We were really impressed with the result, so when it came time to put up the one at the range, we got ShedBoss back.”

“It’s made a difference,” she says. “Now we’ve got a cool, comfortable place to spend as long as we need here.”

Les and Janet’s shed gives us another glimpse into the way we Australians like to live our lives. We’re an active, outdoor nation who are making the most of all our country has to offer. We’re proud of the part our sheds play in each story and we’re always looking to make more.