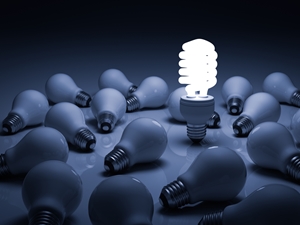 Recycling more waste, drinking coffee every morning from a keep-cup, remembering to switch off the television when nobody is watching – all these small steps are helping the environment. But what about the bigger decisions, such as building a house with solar panels or designing an industrial shed with energy efficient systems in place?

These are just as important for reducing your carbon footprint. Here you can find a bunch of top tips to stay on the green path and make your custom designed shed energy friendly.

Why is being energy efficient important in Australia?

In Australia, 16.9 metric ton​nes of carbon emissions were released per person between 2010 and 2015, according to data from the World Bank. The Sustainable Australia Report from 2013 also reported similar figures, noting that Australia emits more greenhouse gas emissions per capita than any other developed country in the world.

Australia emits more greenhouse gas emissions per capita than any other developed country in the world.

These statistics are simply some of many studies that are all echoing similar points, uniting in cohesion to draw attention to climate change and the importance of sustainability.

Making greener choices in our daily lives is the best course of action moving forward, and strategies for using renewable energy sources should be at the forefront of your mind when you use the Shed Boss app to design your customised shed, garage, barn, or workshop.

There are seven tips included here to help guide you through the designing process, prioritising energy efficiency throughout each step of the creative journey.

But first, there is another important point to raise about the perks of going green: more money in your bank.

How can energy efficiency save you money?

The Australian Bureau of Statistics (ABS) announced in 2013 that the average Aussie household spends $99 each week on energy costs. While the largest contributor to this amount was fuel, costing around $60 on average, the price of electricity and gas made up the rest and amounted to $39.

People staying in colder climates such as Tasmania, Victoria, parts of New South Wales and the ACT had to fork out more money for home energy bills, paying about $47 per week. In contrast, warmer, sunny regions such as Perth and some Sydney suburbs only cost their residents $36 every week. What's more, households that installed solar powered energy sources, such as solar panels or water heating tanks, spent $6 less each week than those without.

Similar savings are on the table for businesses that turned to the natural heat of the sun's rays for energy. In fact, the latest Clean Energy Australia Report found that over 15,000 businesses have taken the solar route and installed some form of solar power system. As a result, they have collectively saved more than $64 million on their power bills annually.

Needless to say, investing in clean energy is a smart financial move.

With both the environmental and economic perks of going green in mind, make your shed or garage energy efficient using these seven tips.