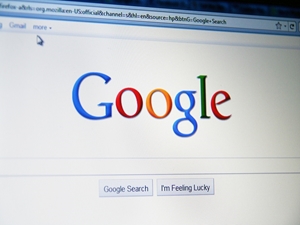 Our relationship with the humble shed goes way beyond a place to simply put our tools as an external storage space like the days of old. Today, the word 'shed' can mean anything from a small granny flat extension, to a large barn or even an aircraft hangar.

Even so, when you hear inspirational stories of singer-songwriters penning a number one single in their garage, or a masterpiece novel getting banged out in a leaky wooden shed, it's difficult not to imagine romantic notions of great art emerging from ordinary surroundings. In this article, we're taking a look at sheds that helped shape history – not that they knew it at the time!

Way back in the very early 19th century, a man named William Harley met another called Arthur Davidson. Put those surnames together, and you have one of the most iconic motorcycle brands in history. It wasn't always that way, though. In 1901, the two men set to work in a small, wooden shed in an attempt to build an outboard motor for fishing trips. It didn't work, but the duo didn't give up. Instead, they set their minds to building a motorcycle in their little shed (measuring just 3 x 5 metres). During 1903, Harley and Davidson built three bikes, and did the same in 1904. The money they got for those cycles allowed them to buy a factory in 1906 – and the rest is history.

Charlie and the Chocolate Factory. The BFG. James and the Giant Peach. Matilda. The Enormous Crocodile. Reeling off Roald Dahl's bibliography is to name one million-selling book after another, but Dahl didn't write any of his books with fancy equipment, state-of-the-art surroundings or even a typewriter (Microsoft Word was in its early infancy when Dahl died in 1989).

Dahl wrote in a small wood-and-brick shed known as The Gipsy House.

No, Dahl wrote in a small wood-and-brick shed known as The Gipsy House, using a plentiful supply of paper and a pencil with a rubber on top. He set up his writing shed so that everything he needed could be had without leaving his chair, so as not to break his concentration. The ultimate in writing retreats.

Quite easily the most-visited website in the world, over 3.5 billion searches per day are carried out from Google's home page. You may imagine, then, that the company is one with a huge headquarters, with hundreds of workers hunched over keyboards, tapping code for hours on end. Today, that may be the case, but Google started life in a garage. That's right – Sergey Brin and Larry Page set to work on the web behemoth in September 1998, working day and night to turn it into the monster it is today.

Get in touch with the team at Shed Boss to find out more about our range of sheds and garages.